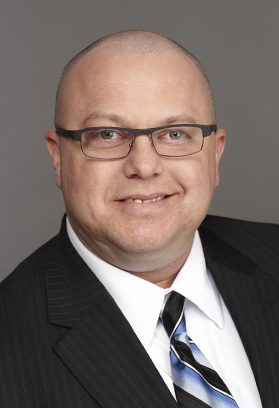 An experienced litigator and trial lawyer, Todd Hilton gains successful results for individuals and companies in some of the most challenging areas of law.

Mass Tort. Todd represents the victims of defective drugs against major pharmaceutical manufacturers and distributors. He has been heavily involved in the litigation on behalf of individuals who took the drug Risperdal and experienced gynecomastia, the development of abnormal breast tissue in men and boys. Todd and his team allege the manufacturer failed to provide adequate warnings about this side effect and failed to properly research the drug. Todd was appointed to serve on the Plaintiff’s Steering Committee to help oversee and manage the nationwide litigation that involves more than 10,000 plaintiffs. Todd also is litigating matters involving Testosterone Replacement Therapy (TRT), Taxotere, Inferior Vena Cava (IVC) Filters, Actos, transvaginal mesh and artificial hips.

Personal Injury and Wrongful Death. Todd effectively advocates for individuals and families who have been killed or hurt in accidents. In one recent case, Todd sued Liberty Fruit Company for the wrongful death of a St. Louis husband and father of three. After a two-week trial, a St. Louis City, Missouri jury returned a verdict of $6.75 million against Defendant Liberty Fruit Company and in favor of the Plaintiffs, the family of a man who was killed after a 37-foot, 26,000-pound Liberty Fruit box truck backed into and over him as he walked across a trucking lot. The jury determined that the Liberty Fruit driver was operating his truck negligently at the time of the collision and that Liberty Fruit’s conduct exhibited reckless indifference or conscious disregard for the safety of others such that punitive damages were warranted. The jury awarded a total of $3 million in compensatory damages and an additional $3.75 million in punitive damages. Todd was lead trial counsel for Plaintiffs in the case. In another recent case, Todd sued an overhead door company for the wrongful death of a Kansas City father. The man was killed when a runaway two-ton trailer collided into his vehicle; the trailer was improperly attached to a pickup truck, and the lawsuit claimed the company failed to properly inspect it. The case settled within two weeks of trial.

Product Liability. Todd handles individual and class action litigation when manufacturers market defective or dangerous products, or fail to provide adequate warning about potential harm. He recently represented Kawasaki Motors in a dispute with a vendor who supplied fuel filters alleged to be defective, leak fuel, and in some cases, cause fires on consumer lawnmowers. After a nationwide recall on all affected products, Kawasaki brought claims for breach of warranty, breach of contract and fraudulent inducement to recover its damages. The case settled just before trial for $4 million.

He is a perennial Missouri/Kansas “Super Lawyer” and the recipient of a Missouri Lawyers Weekly Verdicts & Settlements Award for the largest reported settlement of 2013. Todd also has been included in the National Trial Lawyers’ “Top 100 Trial Lawyers.”

A St. Louis native, Todd began his career at a large corporate defense firm, where he focused on wrongful death and catastrophic injury cases. This experience has proven valuable in evaluating and successfully prosecuting complex plaintiffs’ cases at Stueve Siegel Hanson.

Todd is an active member of the Juvenile Diabetes Research Foundation, the American Civil Liberties Union and both the George Washington University and University of Miami alumni organizations. He and his family are boating enthusiasts and avid fanatics of water sports, including wake boarding, water skiing, knee boarding and wake surfing.