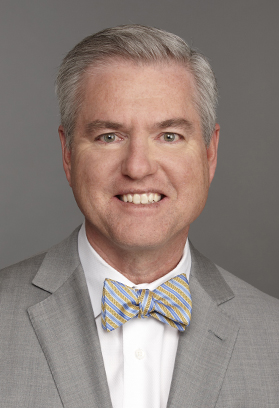 Recognized as a National Law Journal “Elite Boutique Trailblazer” for his work in contingency fee business litigation, Patrick Stueve has prosecuted claims in federal and state courts nationwide against some of the largest companies in the world, including Merck, Formula 1 Racing, ITW, Citigroup, UnitedHealthcare and AIG.

He has secured more than $2 billion in jury verdicts, arbitration awards and settlements – often in high-stakes cases. Patrick focuses his practice on three primary areas:

Patrick successfully represented a group of Seaboard Corp. entities against Grindrod Limited, the largest logistics and shipping company in South Africa. Seaboard alleged that one of its former officers and directors attempted to raid it of key employees and force the transfer of its highly profitable overseas trading and shipping business for a below-market price; it sought more than $100 million in actual and punitive damages. Six weeks before trial, Grindrod settled with Seaboard.
In a series of trademark and licensing cases, Patrick secured more than $9 million in total recovery for Overlap, Inc., a small software company, after its programs were installed on firm networks and made available to thousands of brokers without permission or payment.
Antitrust. Patrick works for companies that have been subject to unfair or illegal business tactics. In one representative case, he settled a landmark Sherman Act I antitrust lawsuit brought against the largest managed care organizations and hospital systems in Kansas City. Patrick’s client, Heartland Spine & Specialty Hospital, claimed the defendants conspired to prevent it from obtaining in-network provider contracts and tortuously interfered with its ability to obtain provider contracts. The case – which was featured on the cover of Modern Healthcare twice – ultimately settled after the court denied summary judgment and ruled Heartland had a damages case in excess of $140 million.

Food and Agriculture. Named one of Law360’s “MVPs of the Year” for Food & Beverage, Patrick served as co-lead and class counsel for a landmark case against agribusiness giant Syngenta on behalf of corn growers, grain-handling facilities and ethanol plants nationwide. The resulting $1.51 billion settlement – believed to be the largest agricultural settlement in U.S. history – resolved thousands of cases nationwide against Syngenta related to its marketing and launch of genetically modified corn seed. Pat also has handled matters including corn and rice farming, commercial fishing and various commodities.

Patrick has been recognized by his peers as one of the top commercial trial lawyers in the Midwest and the nation. He was selected by his peers for admission into the International Academy of Trial Lawyers Association, the world’s most prestigious association of trial lawyers ( only the top 500 trial lawyers in the United States are admitted). He has been named a Best Lawyers in America “Lawyer of the Year” for antitrust and bet-the-company litigation in the Kansas City region. He is ranked among the Top 100 Super Lawyers for Missouri/Kansas, and has been listed among “The Most Powerful Business Leaders in Greater Kansas City” by Ingram’s.

Patrick began his legal career as a federal district court clerk for Judge John W. Oliver in the U.S. District Court for the Western District of Missouri. He then joined the trial department of the former Stinson, Mag & Fizzell, where he became an equity partner four years later. He left to start Berkowitz, Feldmiller, Stanton, Brandt, Williams & Stueve, a firm he helped to grow to more than 30 lawyers before he departed to launch Stueve Siegel Hanson in 2001.

Born in Prairie Village, Kansas, Patrick was the sixth of nine children. He attended Bishop Miege High School and Benedictine College and served as captain of the football team at both institutions. A retired running back, he credits his experience in football with teaching him how to organize teams around individual strengths – a skill he applies as both a first-chair trial attorney and a founding partner of the firm.