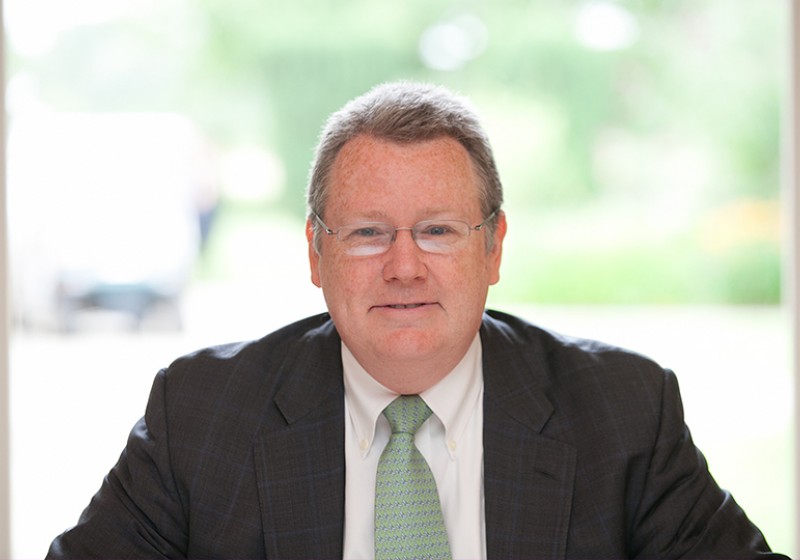 Owen Carragher is a vastly experienced litigator, serving in both government and private practice over the course of his career.  His practice focuses on commercial litigation, insurance coverage, internal investigations and telecommunications and privacy matters.

Owen has successfully represented clients in matters throughout the United States, most recently working with prominent insurers, businesses and individuals. Many of the matters he handles are of a sensitive and commercially significant nature, and frequently involve working across multiple jurisdictions with numerous parties. Owen enjoys both industry and peer recognition for his work, and is the recipient of various awards and commendations. He is "AV" rated by the Martindale-Hubbell peer and client review rating system. Owen is listed in Best's Recommended Insurance Attorneys, Super Lawyers and The New York Area's Top Rated Lawyers.

Before joining Clyde & Co, Owen served as a founding partner of a distinguished New York law firm, and began his legal career in government service. As an assistant district attorney in New York County, he dedicated his time to the investigation and prosecution of sophisticated financial crimes, and both traditional and non-traditional organized crime groups. Working on high-profile investigations and trials, his success was recognized through numerous commendations from federal and state law enforcement agencies.

§   US District Courts for the Southern, Eastern, Northern and Western Districts of New York

§   US District Court for the District of Connecticut

§   US Circuit Court of Appeals for the Second Circuit

§   Pro hoc vice to several other US federal and state courts

§   Successfully represented Lloyd's Underwriters in the negotiated resolution of a valuation dispute with a major pharmaceutical company pertaining to the theft of a large international shipment of drugs.

§   Established law clarifying and narrowing the impact of a series of federal cases governing the rights of third parties to insurance contracts when there are policy defenses against the insured.

§   Directed an investigation on behalf of London Underwriters into an insurance claim arising from an alleged $9 million diamond robbery. It was eventually established that the robbery had been staged, and the owners were subsequently convicted of insurance fraud and sentenced to prison.

§   Appointed special fraud counsel by a US Bankruptcy Court to assist the bankruptcy trustee in the investigation of fraud by former officers of a company in liquidation.

§   Represented a leading foreign insurer in the investigation and recovery of more than $44 million in stolen diamonds.

§   Represented foreign and domestic insurers in the evaluation of claims arising out of a major lapping scheme fraud and subsequent recovery efforts.

§   Conducted an internal investigation for a major educational institution that was victimized by the infidelity of employees. Identified the perpetrators and extent of the theft.

§   Represented a national telecommunications carrier in a dispute with a law enforcement agency over the scope of the obligations imposed by the Communications Assistance for Law Enforcement Act (CALEA).

§   Successfully represented Lloyd's of London Syndicates and other foreign insurers in a series of litigations through the United States over the fortuity of losses in gold transactions.

§   Successfully negotiated a settlement well in excess of a contractual limitation of liability in a federal litigation against a national armored car company.

§   Conducted an internal investigation for a leading distributor of convenience store products that was being victimized by employee theft. Reported the findings to the client and to law enforcement.

§   Represented a domestic insurer in the investigation and litigation of a multi-million dollar insurance claim made by a jeweler who alleged he had been the victim of a robbery. Obtained summary judgment based upon policy defenses that arose out of the insured's extensive criminal and fraudulent conduct.

§   Represented Lloyd's of London Syndicates in litigation arising from an alleged multi-million dollar diamond robbery. Prevailed in the trial and appellate courts by demonstrating that the insured had intentionally destroyed evidence and violated court orders.

§   Successfully defended a fine arts shipper at trial against claims that it was responsible for the damage of valuable artwork.

§   Obtained a substantial settlement for subrogated insurers in litigation against a national alarm company after demonstrating the alarm company's gross negligence.

§   Drafted compliance procedures for a national telecommunications company regarding its wiretapping and subpoena compliance obligations under federal and state statutes and audited the compliance with those procedures.

§   Represented Lloyd's of London Syndicates in the investigation and defense in litigation of a claim by a major diamond wholesaler that it had suffered a robbery of several million dollars. The case was dismissed by the trial court and no appeal was taken.

§   Acted as monitoring counsel for foreign insurers providing indemnification coverage for a major law firm in a series of professional malpractice lawsuits.

§   Represented an order of clergy in connection with allegations of sexual abuse by former members.

§   Handles first-party claims for both domestic and foreign insurers in a wide variety of specialty, property and marine contexts, and represents insurers throughout the United States in connection with non-physical loss claims being presented to insurers as physical losses under a variety of policy forms.