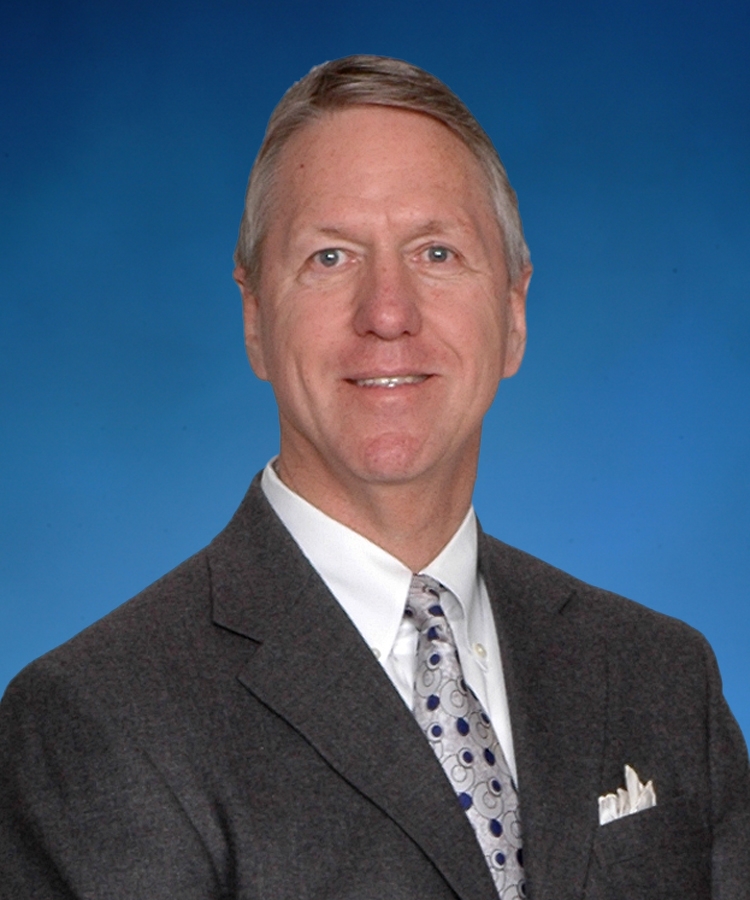 In 2019 Jim was engaged to represent the ownership of multiple companies owning thousands of homes in central Indiana who were accused of violating a variety of federal and state housing, mortgage, tenant and finance laws.
In 2018 Jim represented the largest investor in SteadyServ Technologies, a tech startup that had failed to achieve success.  The investor has funneled more than 10 million dollars in loans and investments. After litigation ensued, Jim eventually arranged a settlement for the investor to acquire the company’s assets.
In 2018 Jim represented Electrolux concerning its claim of more than $20 million dollars in the bankruptcy of HH Gregg.
In 2017 Jim was engaged to represent a number of former officers of ITT Technical Institute in matters related to its failure which, at the time of its closure was one of the largest for-profit educational institutions in the US.
2013 Jim was lead counsel representing three former officers of Irwin Union Financial Corp. in a federal action seeking to recover approximately 1/2 billion dollars as a result of the failure of the bank. That case was successfully defended and dismissed after two appeals to the 7th Circuit Court of Appeals
In 2010 Jim was appointed as the Bankruptcy Trustee for Eastern Livestock, LLC which, at the time of its failure, was the largest buyer and seller of cattle in the US with sales of almost two billion dollars a year.
During 2009 and 2010 Jim was one of counsel for a large national bank in the bankruptcy of Lauth Companies. The lender was owed in excess of $187 Million Dollars for real estate development loans for commercial and office development by various Lauth affiliates in Chapter 11 proceedings.
In 2009 Jim was appointed as the Receiver over a $200 million dollar ethanol plant in Cloverdale, Indiana that was closed shortly after its completion. Among other problems, Jim was required to propose and implement a cleanup of approximately 10 million gallons of process liquids stored onsite that were abandoned there by the former owner.
In 2005 Jim brought a class action against Wal-Mart on behalf of all former hourly employees of Wal-Mart in the State of Indiana from 1998 through 2003, alleging Wal-Mart had intentionally deprived its employees of rest and meal breaks and caused them to work off the clock. Although similar actions had previously been lost in nine other states, in 2003, Jim obtained the first class certification. The case was later settled for $28 million dollars.
In 2009 Jim was appointed by the USDC for the District of Columbia at the request of the Dept. of Justice as a trustee to complete an anti-trust divesture of one of two fixed base operators at the Indianapolis International Airport.
In 2008 Jim was selected to represent the Receiver of Ansure Mortuaries of Indiana, LLC. The companies were placed in receivership as a result of the discovery of more than $25,000,000 in missing cemetery and funeral trust funds.
In 2007 Jim obtained a decision of the Indiana Supreme Court clarifying the issue of whether public policy could affect the enforcement of non-compete agreements for physicians and determining that such agreements may be enforced.
In 2007 Jim successfully defended the City of East Chicago in a jury trial on claims related to violation of first amendment rights of a former city employee based upon her political affiliation.
Jim represented the Creditors Committee in the Bankruptcy case of Championship Auto Racing Teams (“CART”), a case in which the unsecured creditors received payment of 100% of their claims.
Jim successfully defended a corporation in a jury trial in the United States District Court in the Central District of Illinois in which the Plaintiff, a Trustee in bankruptcy, sought to recover approximately $2,400,000 for a series of payments alleged to be fraudulent conveyances.
Jim served as one of counsel to the Agent for several credit facilities totaling $180,000,000 which constituted the largest, aggregate, secured indebtedness in the bankruptcy proceedings of ATA Airlines.
Jim has served as a Federal Receiver in four unrelated cases brought by the United States Securities and Exchange Commission in which thousands of investors were defrauded out of more than $100,000,000 through various Ponzi Schemes. These cases involve the investigation and recovery of assets in the United States and the repatriation of assets transferred to a number of foreign countries.
Jim was appointed as an Examiner in the Bankruptcy case of Onestar Long Distance, Inc. – see description of this engagement below.
Appellate Portfolio:

Levin vs. Miller (7th Cir. 2018) Action by a failed bank holding company against the three former highest officers alleging their shared responsibility for the failure of the Bank and consequent damage to holding company dismissed, upholding summary judgment in favor of officers.
Bowers v. Federation Internationale De L’Automobile (7th Cir. 2007) holders of tickets for the United States Formula One race sought class action recovery on the basis that failure to race more than 8 cars at the U.S. Formula 1 Grand Prix after pre-race tire problems developed did not constitute a race.
Knauer v. Jonathon Roberts Financial Group, 348 F.3d. 230 (7th Cir. 2003), in pari delicto defense could be utilized against receiver of investment company to preclude tort claims against corporate broker dealers.
In re Wabash Valley Power Association, 72 F.3d 1305 (7th Cir. 1995) retention by electric co-operative members of their interests in a chapter 11 reorganization did not violate the absolute priority rule;
In re Pappas, 661 F.2d 82 (7th Cir. 1981) Where borrower was lent money to be used for specific purpose and he had no apparent intention of using the money for that purpose, misrepresentation clearly existed and debt was nondischargeable.
Indiana Supreme Court:

Winkler, V. V.G. Reed & Sons, Inc., 638 N.E.2d 1228 (1994); established elements for claims of tortuous interference with a contract; sole shareholder not liable under employment contract; and no basis for piercing corporate veil;
National City Bank v. Shortridge, 689 N.E.2d 1248 (1997), attorneys can be held independently liable for torts committed during the course of representing a client.
Shell Oil Company v. Meyer, 705 N.E.2d 962 (1998); oil company’s practical ability to influence independent gasoline station operator, standing alone, does not make company an “operator” for purposes of the underground storage tank act and hence liable for massive cleanup.
Central Indiana Podiatry v. Krueger, 882 N.E.2d 723 (2008), physician non-compete agreements are not against public policy.
City of East Chicago v. East Chicago Second Century, Inc. 908 N.E.2d 611 (2009), in a case involving failure to return funds held in trust, the cause of action does not accrue until demand is made for return of the funds or the trustee claims an interest in the trust property.

Ansari v. Home Bank S B, 952 N.E.2d 888 (Ind. Ct. App. 2011) Where a defendant claimed he signed a promissory note as an accommodation party  and where the claim was contrary to the printed language of the note, statement was inadmissible under the parol evidence rule;
King v. King, 924 N.E.2d 227 (Ind. Ct. App. 2010) appeal of the trial court's order approving a receiver's plan of distribution dismissed for failure to comply with appellate procedural requirements;
Beneficial Fin. Co. v. Wegmiller Bender Lumber Co., 403 N.E.2d 1150 (Ind. Ct. App. 1980) A mechanics lien notice need not name every owner of the real estate.

Appointments as a Federal Receiver by the SEC:

Appointment as a Federal Examiner:

In re: OneStar Long Distance, Inc. OneStar was a telecom provider with annual revenues in excess of $75,000,000 per year. Mr, Knauer was appointed to investigate and report on transactions by the companies insiders. His report provided a basis for recoveries by the subsequent bankruptcy trustee that presently exceed $4,000,000.

Appointment by U.S. Dept. of Justice as Anti-Trust Divestiture Trustee:

In re: Signature Flight Services, LLC (2009). Jim was appointed by the U.S. Department of Justice to market and sell one of the two fixed base operators (FBO’s) at the Indianapolis International Airport after the then current owner who was operating the FBO under a consent decree was unable to conclude a sale transaction. Jim successfully marketed the FBO for a price which is confidential, but more than the former owner was able to obtain.

In re Ansure Mortuaries of Indiana, LLC. Jim served as lead counsel for the court appointed receiver of Ansure Mortuaries of Indiana. This case is believed to be the largest operating receivership ever administered in Indiana. Ansure had more than 240 employees operating cemeteries, funeral homes and related businesses in 4 states. The owner was convicted of theft of monies from Ansure’s trust funds in both Indiana and Michigan. The State of Indiana contended more than $25,000,000 was missing from Ansure’s trusts. The businesses were sold after operating approximately 2 years in receivership for approximately $32,500,000 and all creditors received payment in full.

In re Altra of Indiana, LLC. Jim was appointed receiver over a newly constructed ethanol plant in Cloverdale, Indiana which was shut down over environmental and construction issues. After arranging for the cleanup more than 10 million gallons of process wastewater from the plant’s tanks, Jim oversaw the mothballing of the plant and its eventual sale.

Jim was inducted in 2008 as a Fellow into the Litigation Counsel of America, a trial lawyer honorary consisting of less than one-half of one per cent of American lawyers.
Jim has been selected for inclusion in “The Best Lawyers in America” since its inception from 1987 through 2019.
Jim was voted an “Indiana Super Lawyer” by his peers every year from its inception from 2004 through 2019
In 2012 Jim was picked by Indiana Super Lawyers as one of the top 50 lawyers in the State of Indiana.
In 2014 Jim was voted as the top Bankruptcy Litigator in Indianapolis by Super Lawyers.

Jim has served on the Editorial Board of Bankruptcy Law and Litigation Report, a widely respected, nationally published, monthly newsletter containing information and analysis of current case law and developments in the field of bankruptcy law.
Jim previously served as a member of the Panel of Trustees for the United States Bankruptcy Court, Southern District of Indiana, Indianapolis Division, 1979 1987;
Jim was an Adjunct Professor of Law, Indiana University School of Law, 1986, 1990-91.
Jim previously served as president and a member of the board of directors of the Indiana Association for Corporate Renewal.