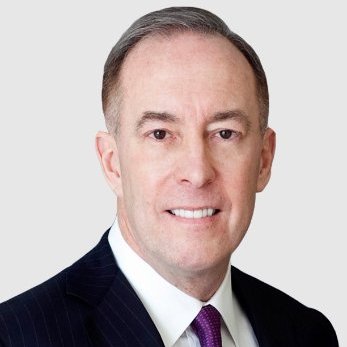 Steven Molo, one of the country’s leading courtroom advocates, is a founding partner of the national litigation boutique MoloLamken. He represents corporations, boards, funds, investors, inventors, and individuals in complex business litigation, white collar criminal and regulatory matters, and IP litigation. His client base is international.

Chambers and Partners calls him “fantastic in the courtroom”; a “fabulous courtroom litigator who lights up the room with his presence”; "very bright, imaginative, and creative in his approach to problems"; and “one of the most talented lawyers in the city.” Benchmark Litigation – which named him one of the top 100 Trial Lawyers in America – calls him “an outstanding advocate and fearless in court.” Legal 500 says he is “smart, creative, responsive, knowledgeable, and engaging; he has an excellent mix of traits that set him apart from his peers.”

For the past eleven years he has been named to Lawdragon’s list of the 500 Leading Lawyers in America. He has been recognized by Chambers USA, Super Lawyers (Top 100 Lawyers in New York), The Best Lawyers in America, Benchmark Litigation, Euromoney, and Legal 500, which includes him on its elite list of Leading Trial Lawyers, as well as other guides to the leaders of the legal profession. ACQ Magazine recently named him New York Litigation Lawyer of the Year.

Mr. Molo regularly tries civil and criminal cases before juries and judges throughout the country. He has extensive experience in post-trial and appellate advocacy as well.

He began his career as a prosecutor in Chicago, then practiced with Winston & Strawn, where he was a senior litigator and member of that firm’s Executive Committee. He spent five and a half years as a litigation partner with the Wall Street firm Shearman & Sterling before founding MoloLamken in October 2009.

He has been involved in some of the most complex legal issues in U.S. courts over the past 20 years. Frequently, Mr. Molo and the firm are asked to work with other counsel in representing a client after a matter has been pending and the need for additional courtroom experience has become apparent.

He has represented many directors, CEOs, and other executives in a variety of sensitive matters.

The civil commercial matters he has handled include those involving issues of antitrust, breach of contract, fraud, shareholder rights, structured products and derivatives, insurance, RICO, mergers and acquisitions, real estate, insolvency and restructuring, defamation and privacy, securities, banking, and consumer fraud. His cases frequently involve class actions as well as individual suits. He has testified as an expert on New York commercial law in the High Court of Justice in London.

His criminal matters have included those involving issues of antitrust, mail, wire, bankruptcy and securities fraud, health care fraud, insurance fraud, environmental crimes, obstruction of justice, tax fraud, and other complex crimes. He frequently conducts internal investigations for management, boards, and audit committees. He co-authored a leading treatise, Corporate Internal Investigations, and has been recognized as an expert in federal court where he has testified on that topic and corporate prosecutions.

He serves on the editorial advisory board of Today's General Counsel and speaks and writes extensively on the subjects of business litigation, corporate criminal liability, and trial and appellate advocacy. He has commented on legal topics for CNN, CNBC, the Wall Street Journal, the New York Times, the Chicago Tribune and other news media. He has taught or lectured at Northwestern University Law School, Loyola University of Chicago Law School, John Marshall Law School, SMU Law School, William & Mary Law School, the University of Illinois College of Law, and the National Institute for Trial Advocacy. He is also co-author and general editor of Your Witness: Lessons on Cross-Examination and Life from Great Chicago Trial Lawyers. For five years, he served as counsel to the Illinois Judicial Inquiry Board. He is a fellow of the American Academy of Appellate Lawyers and the American Bar Foundation. He is also qualified to practice in England and Wales, on the Roll of Solicitors.

The former CEO of a European auto manufacturer in connection with a DOJ investigation of U.S. environmental laws

A publicly traded media company in litigation relating to a $1.8 billion debt restructuring

A former pharmaceutical executive in prosecuting a whistle-blower claim

A global consulting firm in investigating a senior executive’s misconduct

An investment bank in obtaining judgment in its favor and the reversal of a $1.6 billion jury verdict in a suit alleging fraud in connection with its role in a corporate acquisition

Two non-U.S. financial institutions in connection with recovery actions and the defense of claims relating to Madoff

A New York real estate developer in investigating and reporting a Ponzi scheme fraud perpetrated by the client’s former lawyer, the name partner of a prominent New York firm

A CEO in numerous shareholder and derivative actions, parallel SEC proceedings, and a trial before the bankruptcy court relating to allegations of fraud and breach of fiduciary duties following the discovery of accounting irregularities

A manufacturer of batteries in pursuing copyright, trademark, and trade dress claims relating to a well-known advertising campaign

A licensor of an agribusiness technology in patent infringement litigation