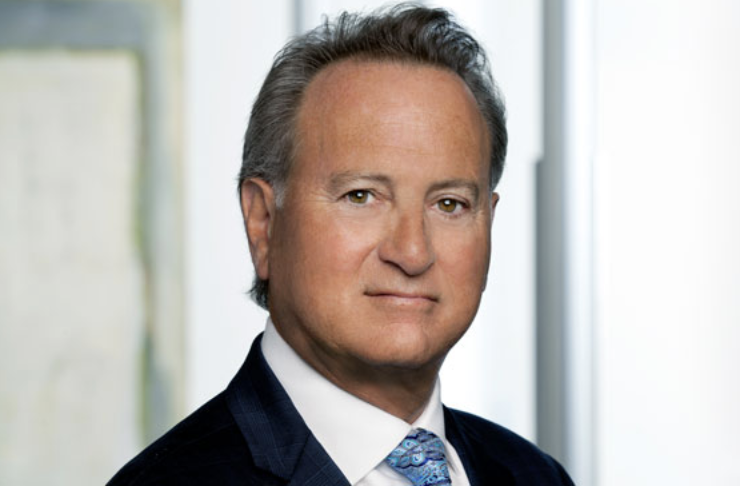 Larry Russ is a founding partner and co-head of the litigation department of Russ August & Kabat.

In 1985, Mr. Russ obtained the highest Superior Court sanctions award in California history in connection with his representation of plaintiffs in a complex Malibu real estate fraud matter in which the trial judge delivered a seven-figure verdict and awarded punitive damages.

In 2002, Mr. Russ negotiated a highly publicized settlement on behalf of Yodeler Wylie Gustafson against Yahoo. Gustafson, who had recorded a single yodel for a Yahoo radio commercial, filed a copyright infringement lawsuit against Yahoo after the company began using Gustafson’s distinctive and unique yodel as the company’s audible signature on a myriad of company products and releases.

More recently, Mr. Russ has been re-focusing his attention on consulting with established and emerging companies in connection with e-commerce, financing, expansion, mergers and acquisitions, initial public offerings, strategic alliances, and intellectual property issues.  Along with the new chair of the Mergers & Acquisition Department, Christine Shin, Mr. Russ is tasked with the mission of building a pre-eminent M&A team rivaling the talent and depth of knowledge of big law M&A departments.

In addition to his law practice, Mr. Russ is the past President and a member of the Board of Directors of the Jewish National Fund Los Angeles zone. Mr. Russ is also involved as a principal of several well-known Los Angeles apparel companies including world-renowned retailer, American Rag Cie.  In 2014, Mr. Russ/ American Rag Cie was selected as a finalist by the Los Angeles Business Journal at the prestigious Southern California Apparel Awards, and WeAr Magazine, a world-renowned international magazine focusing on the apparel industry, announced that American Rag Cie was voted as the best retail denim store in the world.

Mr. Russ is also active in helping emerging and troubled companies raise funds. For a number of years, Mr. Russ served as an associate editor of the Association of Business Trial Lawyers quarterly publication. He is an active member of the Los Angeles County Bar Association, Litigation, Antitrust and Intellectual Property Law Sections as well as an active member of the American Bar Association Antitrust and Intellectual Property Law Sections. Mr. Russ was recognized as a Super Lawyer by the Publishers of Los Angeles Magazine from 2008-2021. From 2013-2021, Mr. Russ was recognized as a Southern California Top 100 Super Lawyer. Mr. Russ was also selected to The American Lawyer’s Top Rated IP Lawyers list in 2015 and to The Best Lawyers In America list for Patent Litigation from 2012-2022.