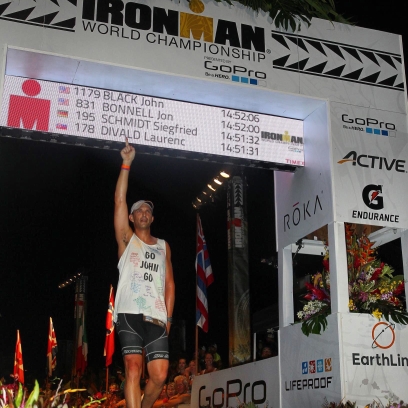 Before starting his own firm, he was a partner at Gibbs & Bruns, L.L.P., arguably the nation's top commercial litigation boutique. He left that firm in 2009 to form Reynolds, Frizzell, Black, Doyle, Allen & Oldham, L.L.P. In his first year of helping launch that firm, John helped secure the 12th largest verdict in Texas for 2010 (also listed 1st in corporate verdicts) and the top Texas civil practice verdict for 2010. John attended the University of Texas at Austin, where he served as the first Hispanic student body president, Abbot of the Friar Society, and member of the Men's and Women's Athletic Councils.

When Black is not spending time with his two daughters, Sophia and Ava (which is rare!) he trains and competes in the Ironman triathlon. Each year, Black races the Ironman and, in the process, raises money for various charities. Over the years, Black has raised well over $100,000 for various charities, and in 2014 he was the second highest fundraiser for Challenged Athletes Foundation, racing the inaugural Boulder Colorado Iron Man.

In 2015, Black was selected by the Leukemia and Lymphoma Society as one of five competitors worldwide to race in the Kona World Championship Ironman, and raised approximately $140,000 on behalf of Team in Training. Black completed the Kona World Championship Ironman on October 10, 2015 and was greeted at the finish line by his law partner, friends, family, and loved ones. Since that time he has become a Leukemia and Lymphoma Society Board Member, and currently serves as Chairman of the Board.