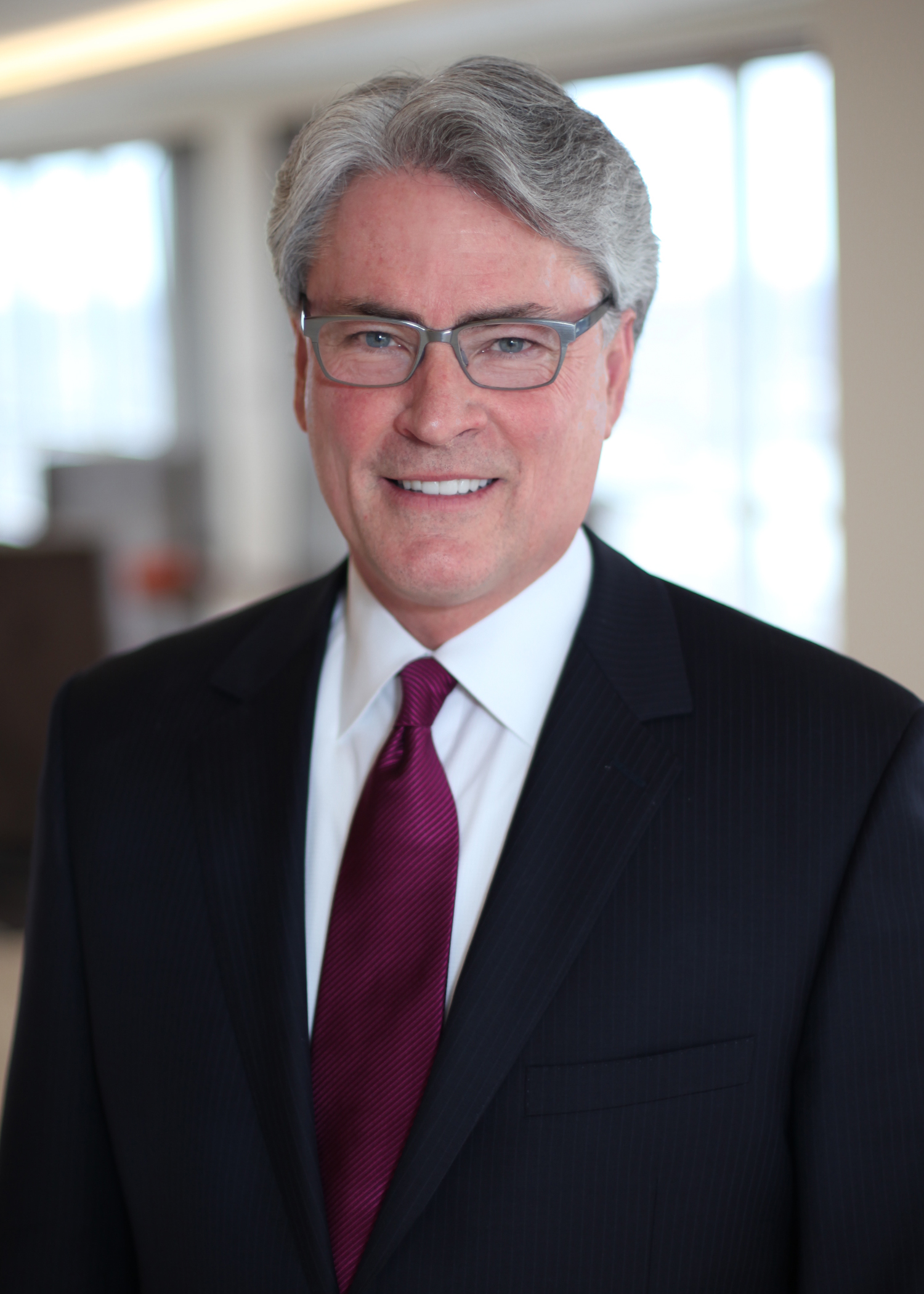 Craig O’Dear is a trusted business and legal advisor who partners with clients and advises them in high-stakes business and class action litigation throughout the United States and internationally. Mr. O’Dear helps his clients achieve their business goals and prosecutes and defends cases involving a wide range of claims, including breach of contract, breach of fiduciary duty, minority shareholder rights, fraud and misrepresentation, antitrust law violations, negligence, federal and state wage and hour law violations, and alleged violations of consumer protection and other state and federal statutes.

Mr. O’Dear has extensive experience in intellectual property litigation where he helps clients protect the valuable information underlying the establishment and growth of their business. Mr. O’Dear has handled restrictive covenant and misappropriation of trade secrets disputes in many jurisdictions across the country. His experience in this area includes a restrictive covenant enforcement program for a national propane retailer, extensive experience in the insurance industry, and a number of cases involving accelerated litigation and injunctive relief.

Mr. O’Dear is consistently recognized by Chambers USA, The Best Lawyers in America, Missouri & Kansas Super Lawyers, and The Kansas City Business Journal as “Best of the Bar” in business and product liability litigation. He was also named one of the “Top 500 Leading Litigators in America” by Lawdragon magazine and a Missouri Litigation Star by Benchmark Litigation.

Craig O’Dear is a trial lawyer who has prosecuted and defended high-stakes litigation in state and federal courts throughout the country. Examples include:

Lead trial counsel for Tyson Foods in federal court jury trial of federal wage and hour collective action and Kansas state wage and hour class action claims. Plaintiffs’ original claim in excess of $40 million became a claimed damage amount of $9.5 million at trial. Jury rendered verdict for Tyson on all claims except one, resulting in a verdict of approximately $500,000.

Lead trial counsel defending a New York-based REIT against a real estate fraud claim for $7.5 million plus a punitive damage claim. Plaintiffs demanded $2 million to settle. Jury found for Defendant on the major claim, but found for Plaintiffs on a minor claim, and awarded $82,000.

Defended World Wrestling Entertainment in a wrongful death case arising out of the accidental death of WWE wrestler Owen Hart in Kansas City. The lawsuit sought damages of $500 million in actual and punitive damages and was settled in 2000 for $18 million. Mr. O’Dear then represented WWE in a contribution action against British manufacturer Lewmar to recover a substantial portion of the $18 million settlement. That case was tried to a jury in Kansas City in September 2003, with Lewmar agreeing to pay WWE $9 million during the fourth week of trial.

Lead trial counsel for Aegon, a Netherlands-based insurance conglomerate, in a case against Kansas City Southern Industries and a law firm for breach of a tax indemnity agreement, breach of fiduciary duty and legal malpractice.  Two week trial in United States District Court for the Western District of Missouri resulted in verdicts in favor of Aegon on all three counts, actual damage awards in excess of $3 million and a $150,000 punitive damage award. Case settled on appeal.

Lead counsel for national accounting firm defending multiple claims arising out of the actions of two former partners involving the sale of tax structures and strategies.

Retained by residential mortgage lender GMAC-RFC to defend a retrial of a 2007 Missouri Second Mortgage Loan Act case which originally resulted in a judgment exceeding $100 million.

Assumed the lead trial counsel role defending a Fortune 500 financial services company in a lawsuit pending in federal court in South Carolina, seeking $103 million in damages allegedly flowing from a breach of contract. The case was settled six months later for less than 3% of the claimed damages.

Lead counsel for Ektelon and UVEX in defense of a product liability case arising out of a serious eye injury during a racquetball game. Plaintiff, a prominent Omaha architect, sought damages well in excess of $1 million.  Defendants offered $130,000 to settle prior to trial. Two week trial in United States District Court for the District of Nebraska produced a verdict for plaintiff in the amount of $122,900.

Lead counsel for one of the nation’s largest propane retailers, in an action against its former vice-president who resigned to accept a management position with another propane retailer. The lawsuit sought to enforce a two-year, nationwide non-compete agreement. Trial resulted in entry of a preliminary injunction enforcing the non-compete agreement and prohibiting the former employee from working in the propane industry for two years.

Lead trial counsel defending Teledyne in a product liability case pending in Charlotte, North Carolina. The case arose out of an airplane crash which resulted in the death of a high profile and financially successful couple with eight children. The case had been in litigation for four years, and trial was set to commence in eight weeks. Plaintiffs’ nine-figure settlement demand had remained “non-negotiable” for several months. The case was settled the weekend prior to trial for less than 20% of the previously “non-negotiable” demand.

Lead defense counsel for the City of Independence in an age discrimination case filed by former Chief of Police, fired on his 67th birthday after 36 years of service. Opposing counsel was one of the top plaintiff’s employment trial lawyers in Kansas City. The jury rendered a defense verdict.

Lead national defense counsel for Harmon Industries, a Blue Springs, Missouri-based manufacturer of railroad crossing warning devices, in product liability cases filed throughout the United States over a ten year period.  These cases were filed in some of the most difficult jurisdictions in the country during this period of time. All cases were successfully defended. During this ten year period, Harmon never paid a penny to settle any product liability claim. At the end of this period, the company was sold to General Electric.

Represented Shearson in a fraud case where a Kansas bank alleged it made a $350,000 loan to a defunct entity in reliance on a fraudulent credit reference from a Shearson broker. Shearson broker admitted involvement with the borrower in prior bank fraud schemes. Bank sought $450,000 in actual damages and a minimum of $5 million in punitive damages. Bank’s final settlement demand was $3.8 million. Jury awarded $238,000 in actual damages; Court imposed $500,000 punitive award.

Lead counsel for Ferrellgas in a misappropriation of trade secrets case against Thermogas arising out of a post-acquisition employee raiding situation in North Carolina. Recovered seven figure settlement.

Lead counsel for the City of Joplin in an auditing malpractice case against an accounting firm. Settlement resulted in a $3.5 million recovery for the City.

Defended Burns & McDonnell in a qui tam action arising out of design and construction of the Naval Ordinance Station in Louisville, Kentucky. Potential exposure to the defendants exceeded $10 million. Motion for summary judgment was granted before substantial discovery was taken in the case.

Lead defense counsel for Bernstein-Rein, Kansas City’s largest advertising agency, in a $500,000 fraudulent inducement and breach of contract case. Trial resulted in a directed verdict for Bernstein-Rein and an award of $2,400 in court costs against plaintiff.

Lead defense counsel for Bernstein-Rein on a $1.5 million claim for breach of a collective bargaining agreement. Arbitration resulted in a settlement at the amount Bernstein-Rein agreed was owed before trial, less than 5% of plaintiff’s damage claim.

Represented Norsk Hydro, the largest publicly held company in Norway, in accelerated litigation in Montana and California, recovering $3.4 million of the client’s funds, with interest, and $15 million of aluminum ingots, 100% of the client’s claim.

Represented Vinylplex, a PVC pipe-manufacturing division of Zurn Industries, in a breach of contract action against B. F. Goodrich for termination of resin supply during a period of severe shortage. Trial on injunction claim resulted in order forcing Goodrich to re-establish supply. Trial on Vinylplex’s damage claim resulted in Goodrich payment of $4 million in settlement.

Lead counsel for Equitable Life in an action for breach of contract, fraud and constructive eviction brought by Ohio Casualty, a tenant in a building owned by Equitable. Equitable counterclaimed for breach of the lease, claiming $1.5 million in damages. Settlement before trial resulted in $1.3 million payment from Ohio Casualty to Equitable.

Lead defense counsel for Twentieth Century Investors, a Kansas City-based mutual fund, and four of its nonaffiliated directors in a shareholder action alleging payment of excessive management fees, a violation of § 36(b) of the Investment Company Act of 1940. Plaintiff’s claim dismissed by summary judgment.

Represented Mark Twain Bank against a $2 million lender liability claim arising out of a failed real estate project. Plaintiffs dismissed case after two years of litigation after being persuaded that the fundamental premise of their claim could not be proven.

Represented C & H Sugar as plaintiff in an action for negligence, breach of contract and fraud arising out of a cockroach infestation at a Kansas City warehouse. Three-week jury trial in the United States District Court for the Western District of Missouri resulted in verdicts against defendant on all counts, in the amount of $500,000.  C & H's post-trial motion for an award of prejudgment interest was granted, adding $113,000 to the judgment.  Defendants appealed the award of interest, which was affirmed by the United States Court of Appeals for the Eighth Circuit.

Eighteen months after being licensed to practice law, lead defense counsel for the fourteen Hyatt Skywalk Class Action defendants in a trial wherein plaintiff Mary Maddux sought $1.5 million for emotional injuries suffered as a result of the skywalk collapse.  Plaintiff claimed damages from post-traumatic stress disorder from witnessing the skywalk collapse and the aftermath.  Defendants argued plaintiff had emotional issues due to reasons unrelated to the skywalk collapse.  One-week jury trial resulted in settlement just prior to closing arguments for less than 9% of plaintiff's demand at commencement of trial. This case, one of only seven individual Hyatt Skywalk damage claims which proceeded to trial by jury, was Mr. O'Dear's first jury trial.

American Board of Trial Advocates